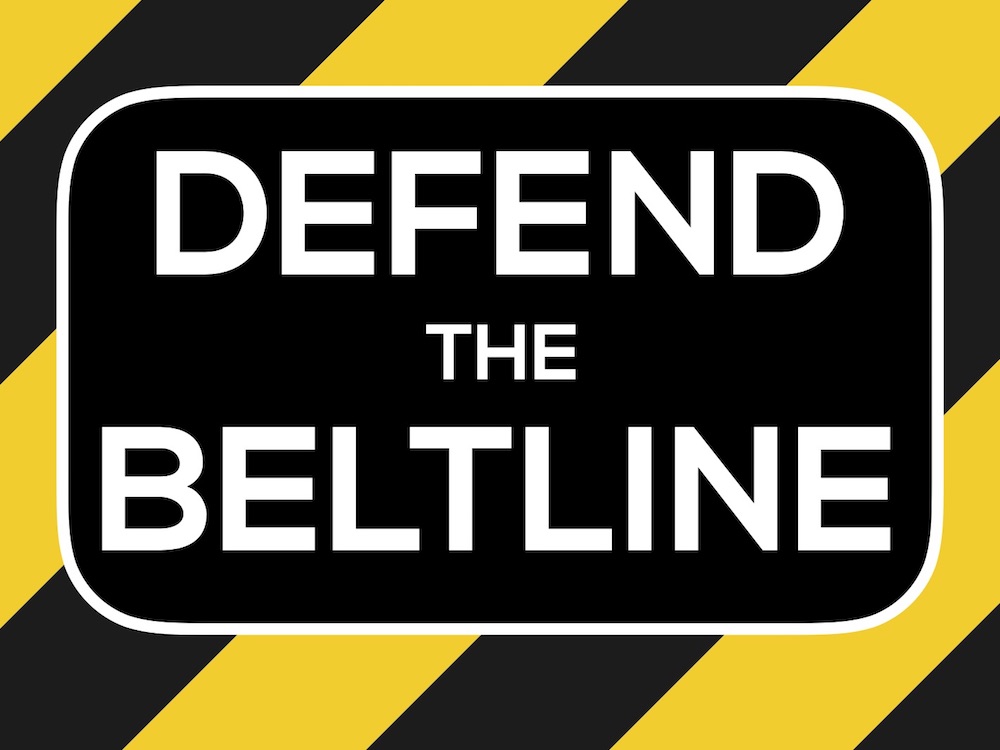 For the last two years, Beltline residents have been subjected to ongoing “freedom” parades that have occupied Central Memorial Park and 17th Avenue for hours on Saturdays. The unsanctioned protests have involved a toxic cocktail of participants including anti-vaxxers, white supremacists and other extremists. While Beltline residents have lived with these ongoing protests throughout the pandemic, we are now experiencing an unacceptable decline in public safety and peace in our neighbourhoods. 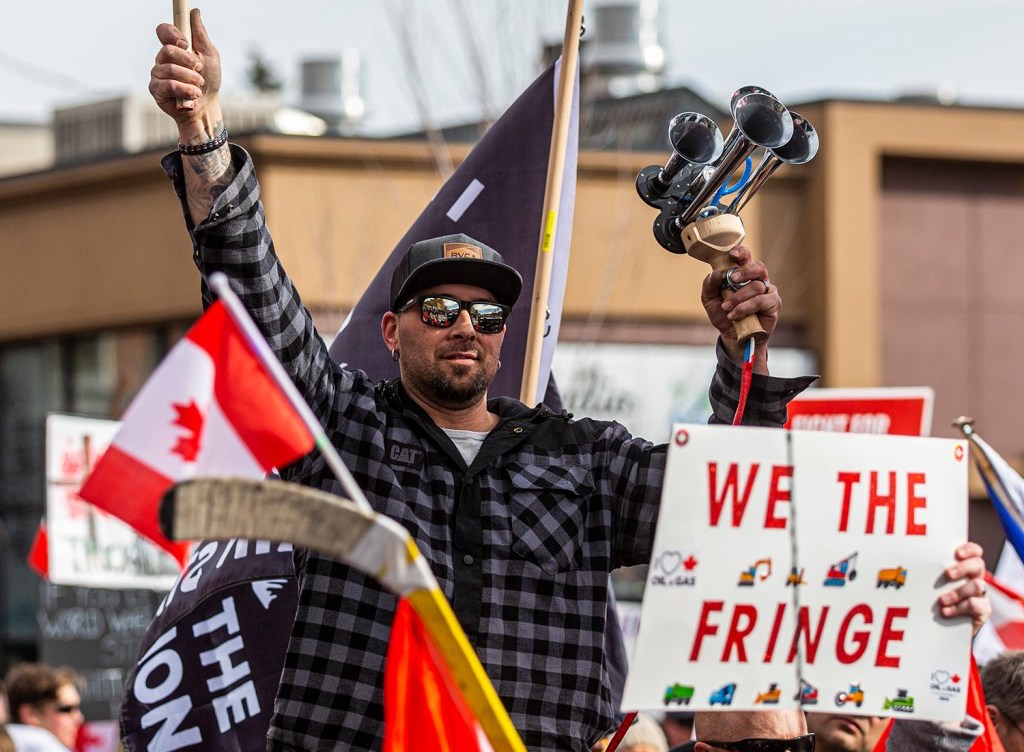 No end in sight to the excessive noise, harassment, and intimidation

Residents continue to suffer through the protestors’ excessive use of horns, occupation of Central Memorial Park and mainstreets, public harassment, stalking of masked residents, littering and public defecation by protestors, and an atmosphere of intimidation every Saturday. 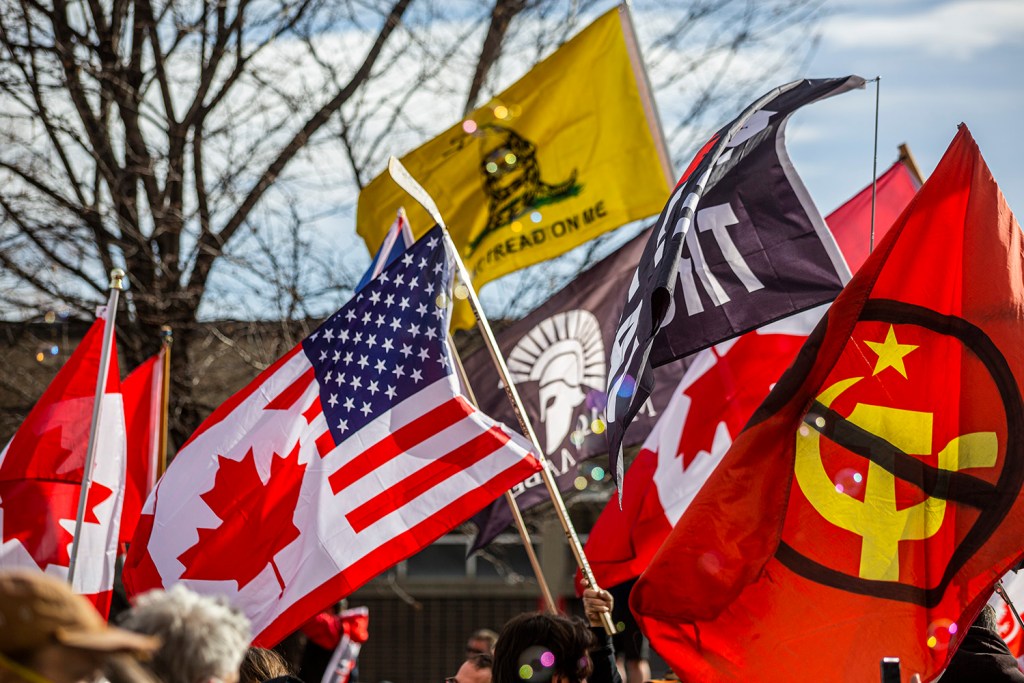 Businesses in the Beltline are being disrupted. Already struggling through the pandemic, these businesses are now experiencing a 15-20% decline in sales on Saturdays and threats to their employees from protestors.

Far from the crowds that descend on 17th Avenue during playoff season or Calgary Stampede, the “freedom” parade is having a chilling effect that is driving residents and visitors away from one of Calgary’s most beloved mainstreets.

In the absence of bylaw enforcement by police or any coherent objectives of the “freedom” protesters, there is currently no foreseeable end to this disruption in sight. 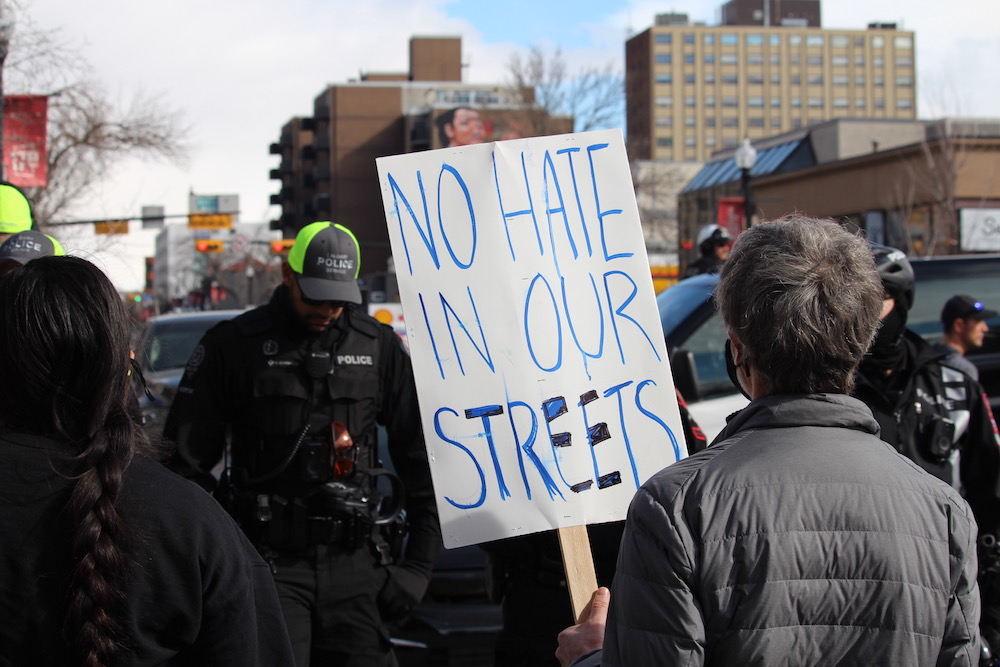 Beltline residents standing up for their neighbourhood on March 12, 2022. (Image source: Jody MacPherson) 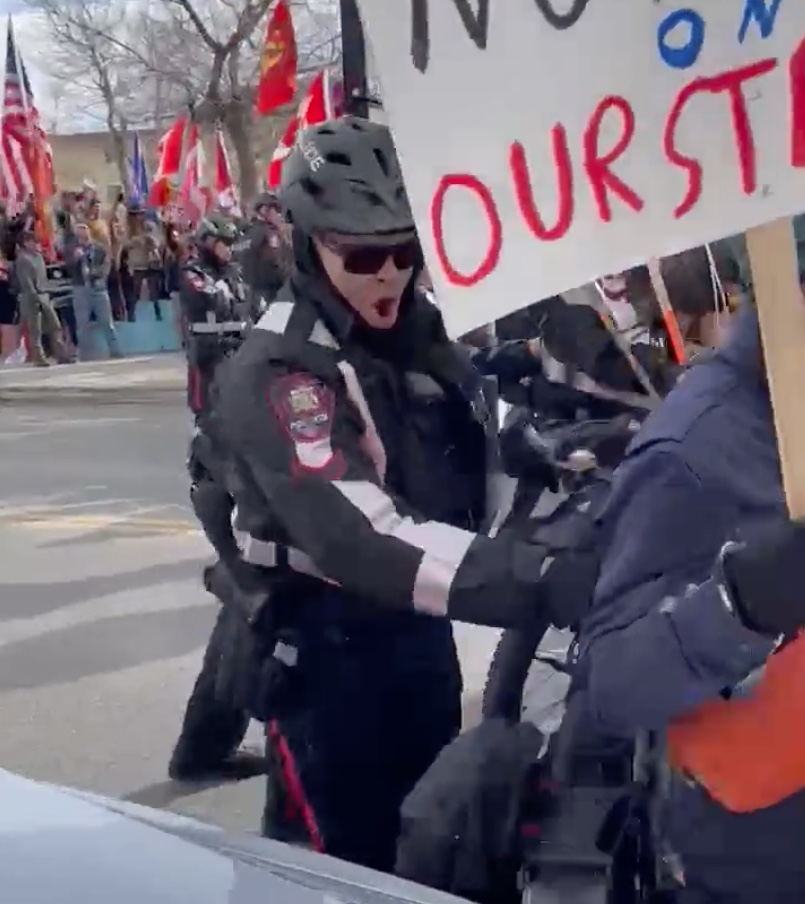 In 2021, Calgary Police issued hundreds of tickets and fines to pro-Palestinian solidarity demonstrators whose convoy “deviated from the designated route.” Organizers of other recent demonstrations also faced proactive efforts by police to direct their routes and limit public disruption.

Two years into the “freedom” protests, Calgary Police continue to refuse to enforce bylaws or redirect the parades and minimize community disruption.

PETITION: We call on the Calgary Police to enforce bylaws to restore public safety and redirect the weekly “freedom” parades outside the Beltline to areas where there is less disruption to residents and businesses.

Note: The name and first three characters of the postal code of the persons who sign this petition may be made available to the public if the petition is presented to the Calgary Police Commission.

Email subscription preferences on next page.