We've been closely engaged with Alberta Health Services, the City, and the Province since this past fall. Here is an update with respect to the Supervised Consumption Site (SCS) at the Sheldon Chumir Health Centre. 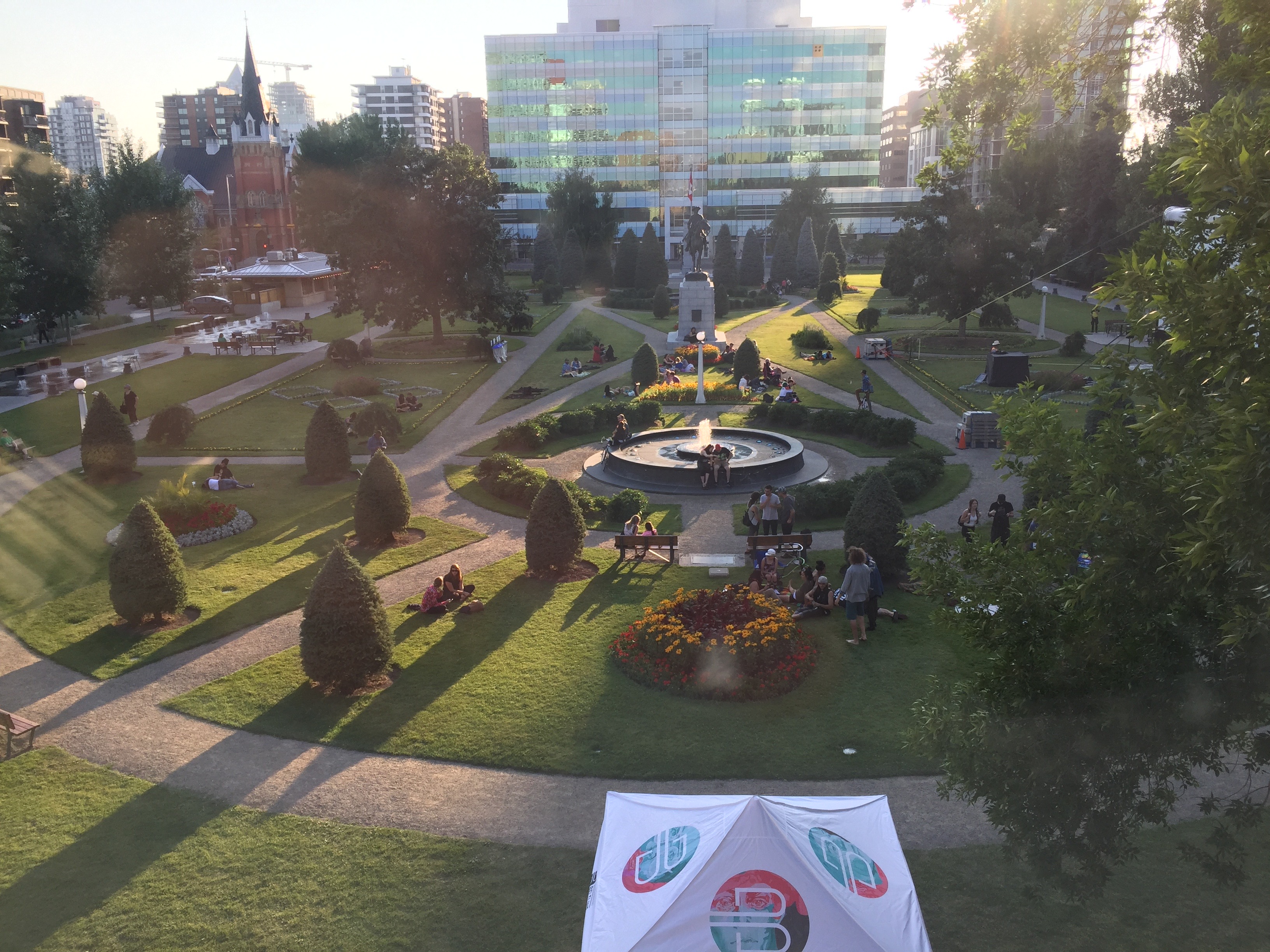 An SCS Community Liaison Committee was set up by Alberta Health Services (AHS) and the BNA to discuss community concerns, find potential solutions and provide advice on how to improve communication with the community. The committee is chaired by AHS and members of the BNA and has been meeting monthly since December.

Following the January release of a report by the Calgary Police Service describing the escalation of incidents and concerns, Councillor Wooley introduced a Notice of Motion (NoM) to City Council, which can be accessed here:

The Notice of Motion included 12 recommendations:

At the Feb/4 Combined Meeting of Council, all 12 recommendations were approved and the City Administration was directed to work with Alberta Health Services, the Calgary Police Service, Calgary Fire Department and key stakeholders to develop a set of immediate actions responding to the NoM for consideration.

A number of City staff are involved in creating a list of short term actions to address the 12 recommendations, including funding, and they have reached out to stakeholders, including BNA and the local Business Improvement groups, to provide input.

Examples of ongoing discussions include:

In addition, Item 1 (an expanded DOAP program around the SCS) has now been funded by the Province through a pilot program and will become more active in the area soon. The Downtown Outreach Addictions Partnership (DOAP) is often the first point of contact with vulnerable individuals in the community, and this is a critical first step in connecting these people with the support that they need.

Calgary Police Service have redeployed 11 officers to the Beltline and Downtown to help tackle an overall increase in crime in the City Centre and to increase police presence around the SCS.

Watch for an announcement around an exciting new business opening up in the old Provision/Boxwood space in Central Memorial Park this spring!

BNA will be providing more regular progress updates and will be working with AHS to make more information accessible.

Here are some of the latest statistics from the February 2019 report by Alberta Health Services for the Supervised Consumption Site (SCS) at the Sheldon Chumir Health Centre.

In January 2019, 60 overdoses were reversed by health care staff and 163 referrals were made to SCS clients for wraparound health services. 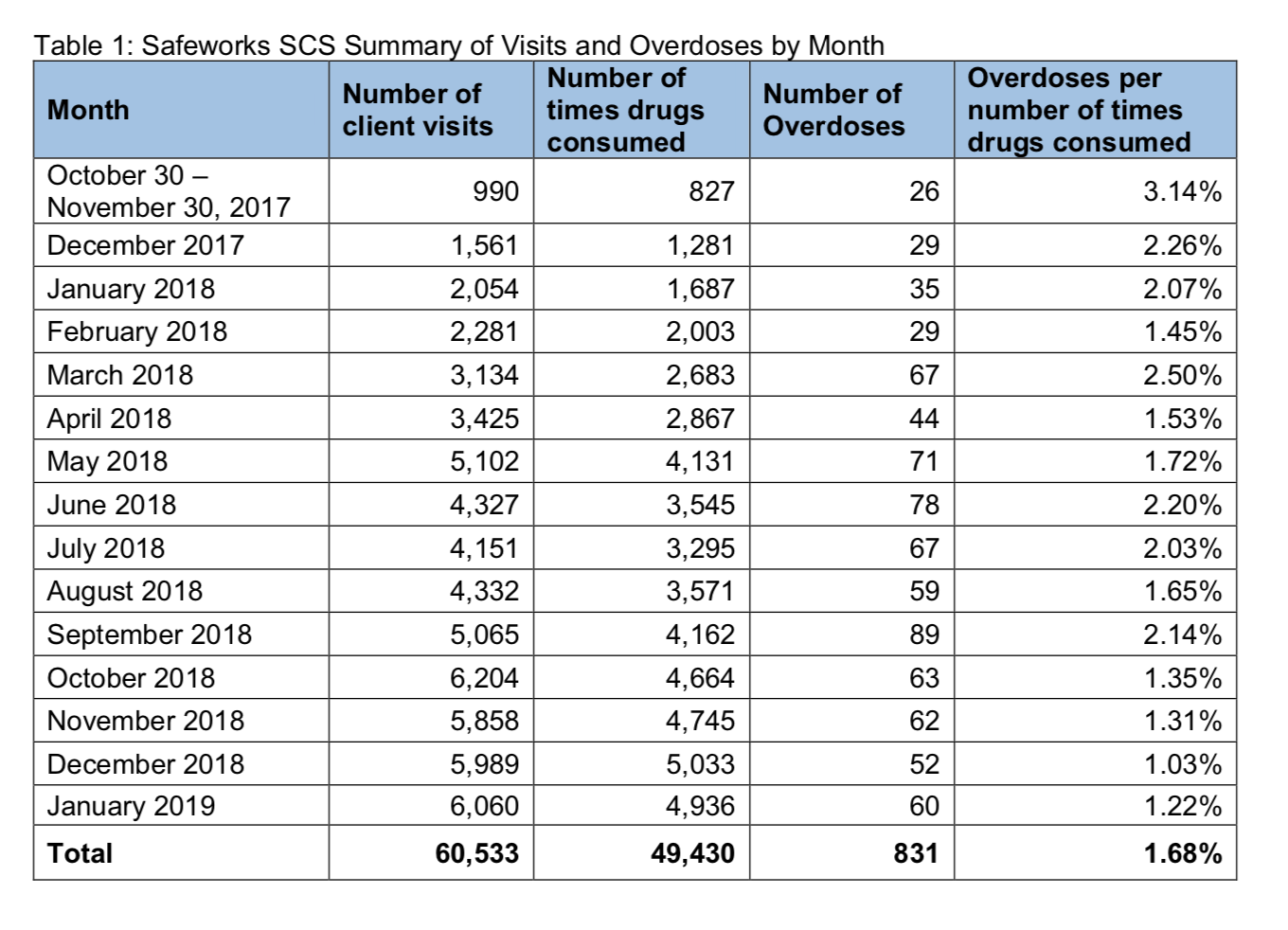 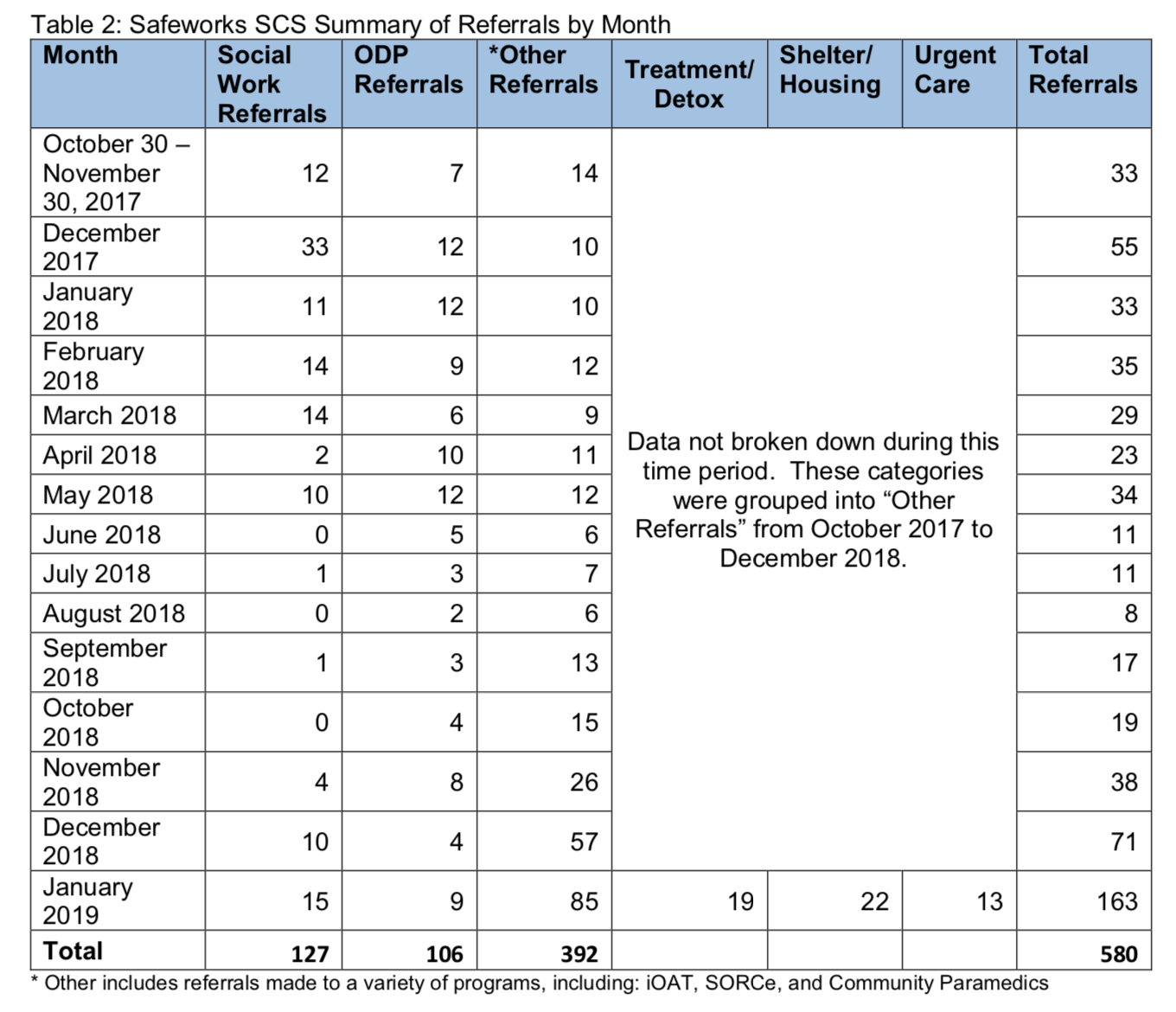 City Council will be holding its next discussion on the subject (currently scheduled for May) to discuss potential specific short-term actions which have been identified.