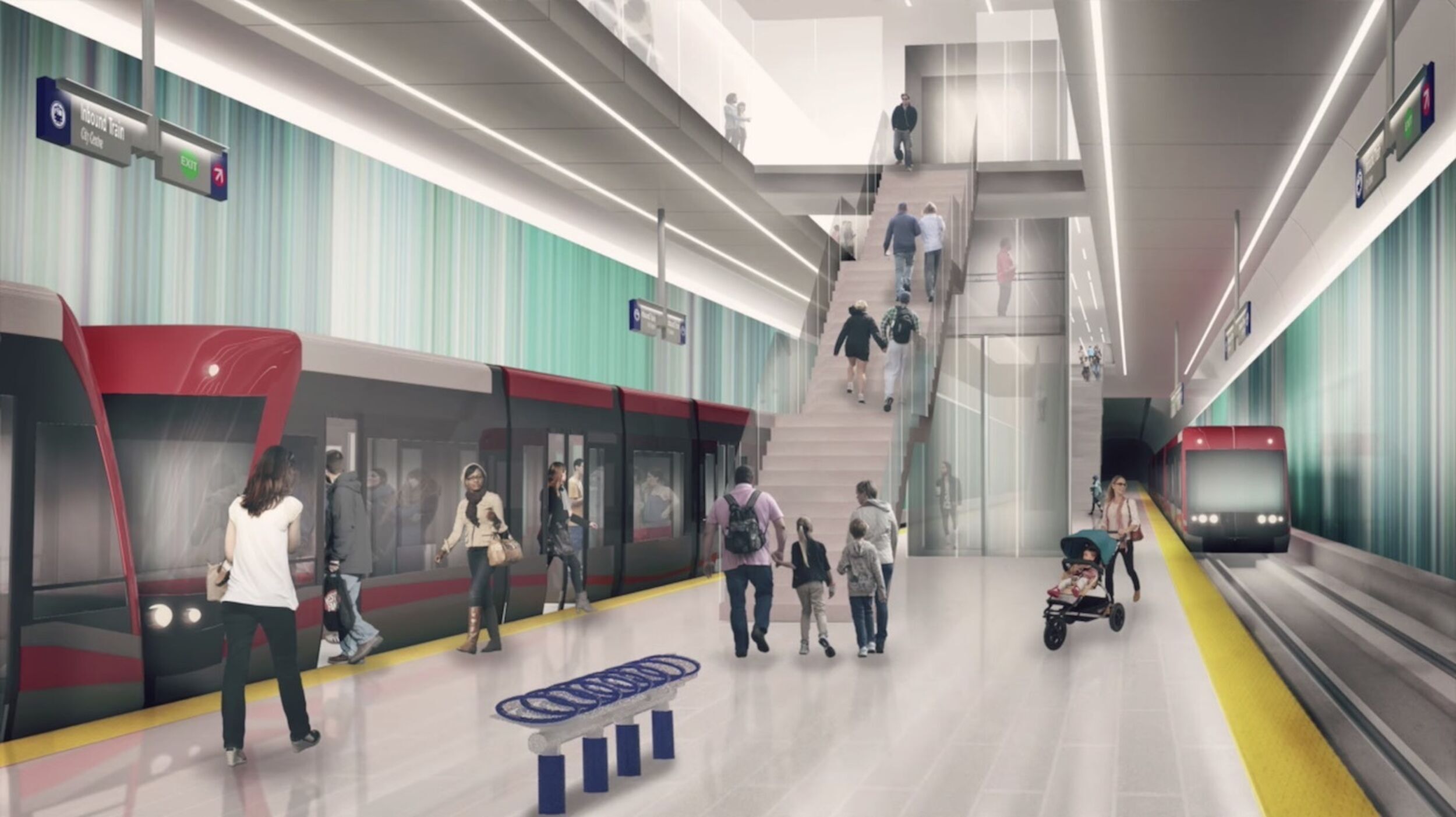 The decision to completely reconsider the Downtown and Beltline alignments represents a major step backwards for the Green Line project and throws into jeopardy the most critical sections of Calgary’s and Alberta’s largest every infrastructure project, valued at $4.6B.

To make matters more uncertain, Fabiola MacIntyre, the deputy director leading the Green Line credited with being the driving force behind the project, tendered her resignation to the City early this week.

City Administration not being upfront with Calgarians

In their July 8 update to Calgarians on the Green Line, the City of Calgary attempts to make the case that the City should proceed with construction on the Southeast section of the Green Line despite reporting they no longer having a viable alignment through the Downtown and Beltline.

City Administrations cites a $50M cost of delaying the Southeast as good reason to rush ahead on the construction of the Southeast segment starting with the release of the Request for Qualifications (RFQ) to industry on July 31st. However, there are several other important cost considerations that City Administration is not being upfront about that remain unanswered.

As we have now seen, the City of Calgary is still grappling with many unknowns in the Downtown and Beltline. It would be financially irresponsible of Calgary City Council to proceed on construction of the Southeast portion of the Green Line until the following questions can be answered:

This could impact the bottom line of businesses across Calgary. Presently, businesses in Calgary are already experiencing significant increases to their non-residential taxes due to the devaluation of Downtown properties.

Calgary has a long history of cutting corners on LRT station placement to the detriment of ridership (Chinook Station away from Chinook Centre, University Station in the middle of Crowchild Trail, etc.). The City has already reported that the current Phase 1 Green Line alignment will not have enough ridership to cover the estimated $40 million per year operating cost on opening day. Changes to ridership could have considerable cost impacts.

Industry will be investing money in bidding and competing for the Southeast Green Line contract. The City may face litigation or penalties in the event of design changes or late cancellation of the Southeast RFQ/RFP.

As we pointed out in our last blog, the City’s own schedule shows that the RFQ for the Southeast section of the Green Line can be postponed as late as 2021 without delaying the overall completion date for Phase 1 of the Green Line.

City of Calgary Green Line team’s proposed plan for splitting the Downtown/Beltline and Southeast portions shows Southeast can be postponed as last as 2021 without delaying the completion date of the Green Line Phase 1.

For the success of the Green Line project, City Council has a responsibility to take the time to make sure we have a viable project and acceptable alignment before we start construction. With so many unknowns and risks at this time, rushing the Southeast construction is neither necessary nor financially prudent.

HELP SAVE THE GREEN LINE DOWNTOWN AND BELTLINE UNDERGROUND ALIGNMENTS!

Let’s make sure that City Council takes the time to make sure Calgary's largest ever infrastructure investment is also Calgary’s best.

Let’s get the message out to everyone. Help spread the word by sharing this post with your friends.