Help us keep digital billboards out of the Beltline and Calgary neighbourhoods!

As reported by CBC News, CP Rail has partnered with All Vision, a major outdoor advertising developer, to build 6 new 232 square-foot LED-backlit billboards in the Beltline across the railroad bridges at 1 Street SE, 1 Street SW, 8 Street SW, 4 Street SW, and Macleod Trail. The company is currently applying to the City of Calgary for approval.

The Beltline is home to over 23,000 residents along with a diversity of Calgary’s best dining, retail and entertainment areas. The Beltline Neighbourhoods Association has reviewed the application and met with representatives of the project and believe that the while the billboards may offer “long-term revenue and shareholder value” for CP Rail, it brings no significant value to our community and would be at the expense of residents and the overall quality of the public realm in the Beltline.

Digital billboards belong on freeways, not in residential neighbourhoods

Feature photo from All Vision’s website, the company CP Rail has partnered with to build 6 digital billboards in the Beltline.

The application by CP Rail and All Vision uses the words ‘outdated’ vs. ‘modern’ to position the project as an improvement to the area; however, in reality this type of signage is vehicle-oriented and not in keeping with the mixed-use pedestrian-oriented character of our community.

The proposed digital billboards risk disrupting and eroding the quality of the public realm. The Beltline is a community that supports many modes of transportation including walking and this type of application would be more suited to a non-urban, or highway application targeting people in vehicles travelling at high speeds.

In fact, All Vision’s digital billboards have triggered complaints for being too bright and distracting even on freeways where they were installed in the City of New Westminster, BC.

How would you like 24/7 advertising beamed straight to your living room?

Beltline’s neighbourhoods are home to over 23,000 residents. This proposal exposes many of them (for example those living in the Mark on 10th Avenue) to unwanted LED advertising 24 hours a day, with new ads projected every ten seconds visible from living rooms and bedrooms. The proposal appears to violate several articles within section 115 of the City of Calgary’s land-use bylaw enforcing visibility from dwelling units and impacts to the quality of residential districts.

Over the last several years the Beltline has invested approximately $24 million in revitalizing our underpasses to be safer, more attractive and vibrant parts of our community. So far, we have realized major revitalization of the underpasses at 1 Street SW and 8 Street SW while major improvements are on the way for 4 Street SW (under construction) and 5 Street SW (construction Summer 2019). 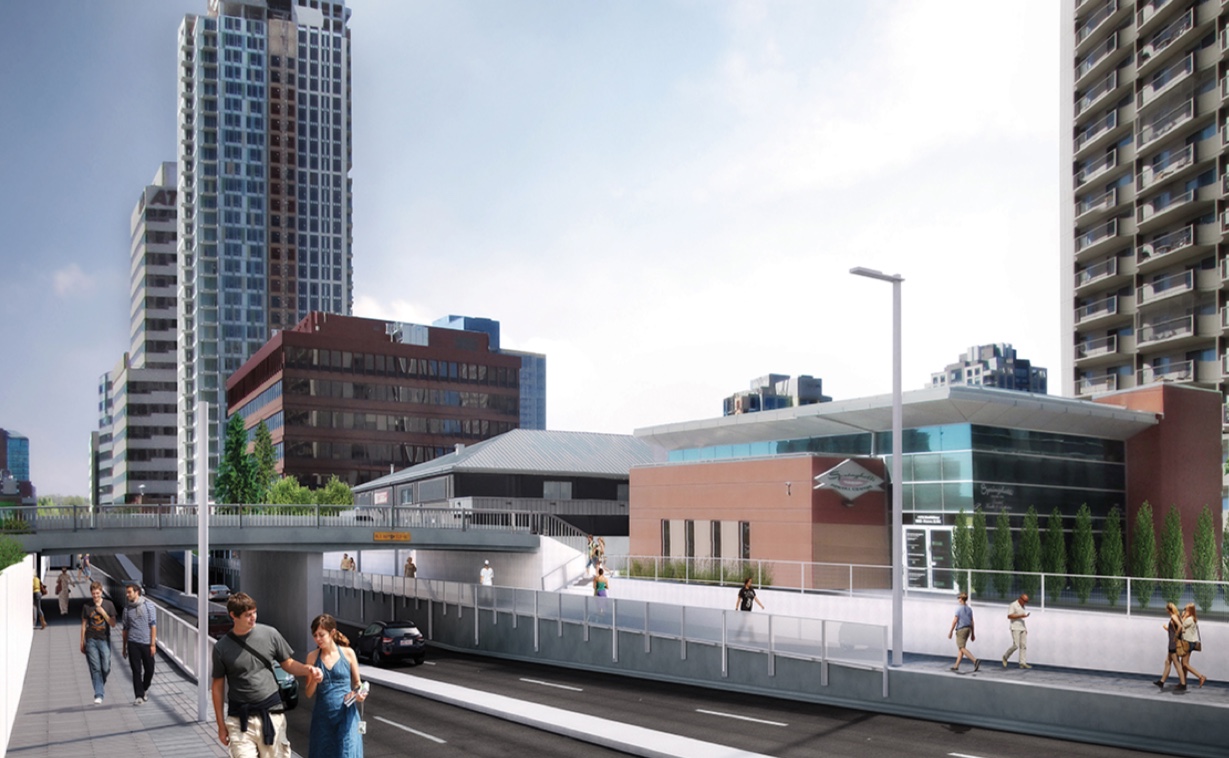 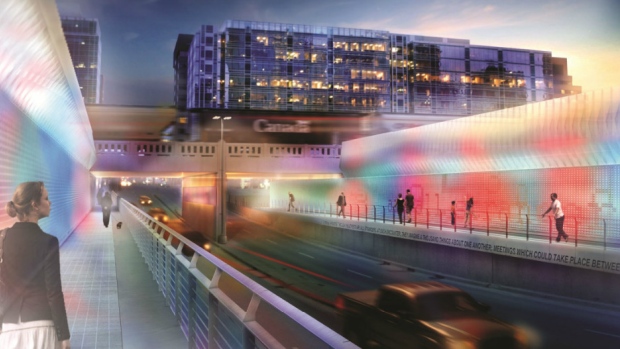 The underpasses are a vital link between the Beltline neighbourhoods and the centre city. Introducing vehicular-oriented backlit digital billboards to these underpasses will have a detrimental effect to these spaces and the significant investments from the City and the community that went into improving them.

Why hasn’t CP Rail maintained their rail bridges in the Beltline? 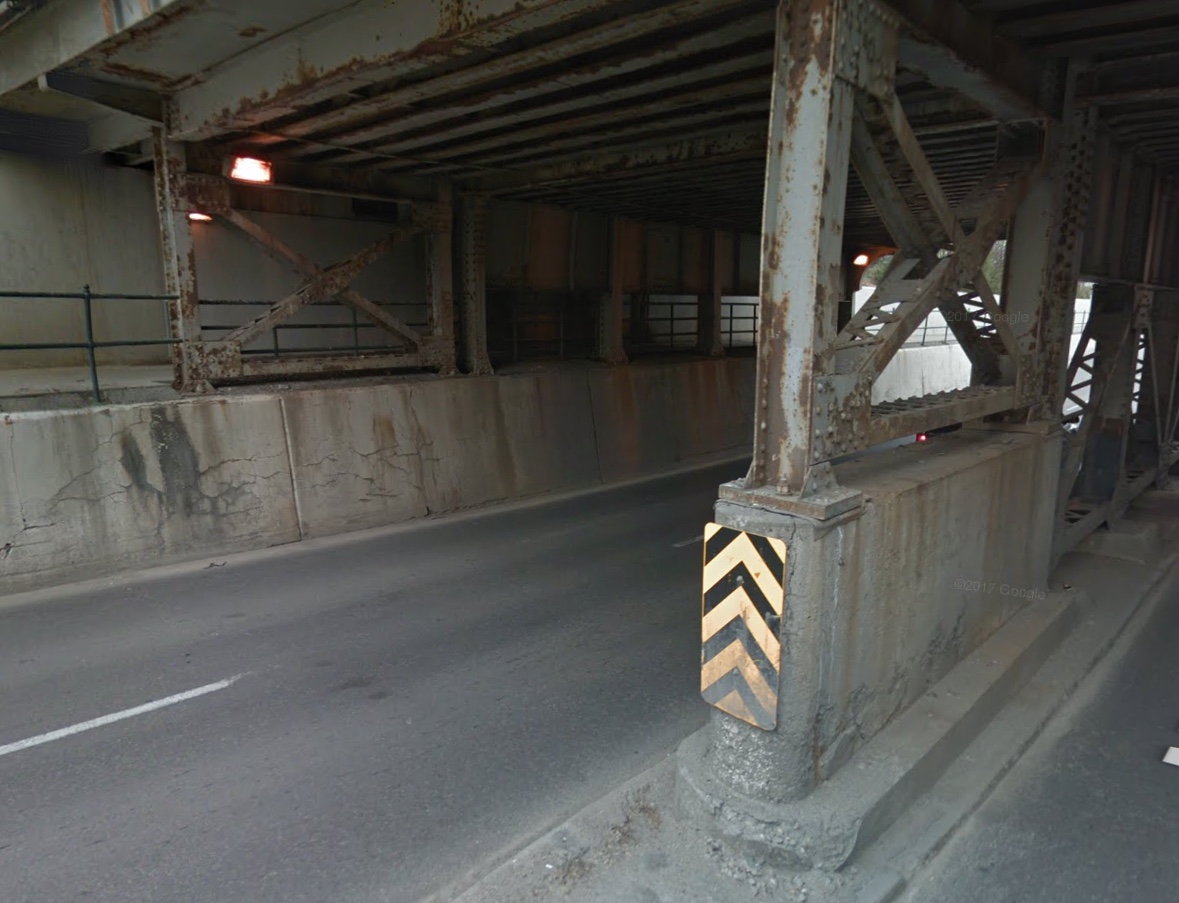 The railroad underpasses between Downtown Calgary and the Beltline have been in a poor state of repair for years. The joint proposal by All Vision and CP Rail pitches the digital billboards as an opportunity to address the condition of CP Rail’s bridges, which even they describe as “dilapidated” with “(rust, chipped paint, etc)” by covering them up with cladding (rather than actually repairing or repainting).

But all of these bridges have existing signs that have been generating advertising revenue for CP Rail for years, which begs the question: why is CP Rail only now offering to clean up their bridges?

No community benefit for Beltline neighbourhoods

It is understable that CP Rail is interested in  “unlocking value”  by pushing for more outdoor advertising on their real-estate across Canada, however, there is no apparent benefit to the 23,000 residents that live in the Beltline neighbourhoods in return for the detrimental impacts of digital billboards to our overall public realm and quality of life for residents in the Beltline.

CP Rail’s proposal for these 6 new backlit digital billboards in the Beltline would not be appropriate in any other residential neighbourhood in Calgary and, if approved, risks setting a new precedent for all other residential communities across the city.

TAKE ACTION: Help us stop these digital billboards in their tracks!

1) Tell City Hall what you think about adding backlit digital billboards to the Beltline neighbourhoods.