It's time to build the Green Line

The Beltline Neighbourhoods Association is pleased to have had an opportunity to collaborate with the City of Calgary’s Green Line team as a stakeholder over the past several years. Through our Beltline Urban Development Committee (BUDC), we have had a chance to share our insights and the perspectives of the community on numerous occasions through a variety of mediums including public open houses, workshops, and participation in public hearings of Calgary City Council and its standing policy committees. 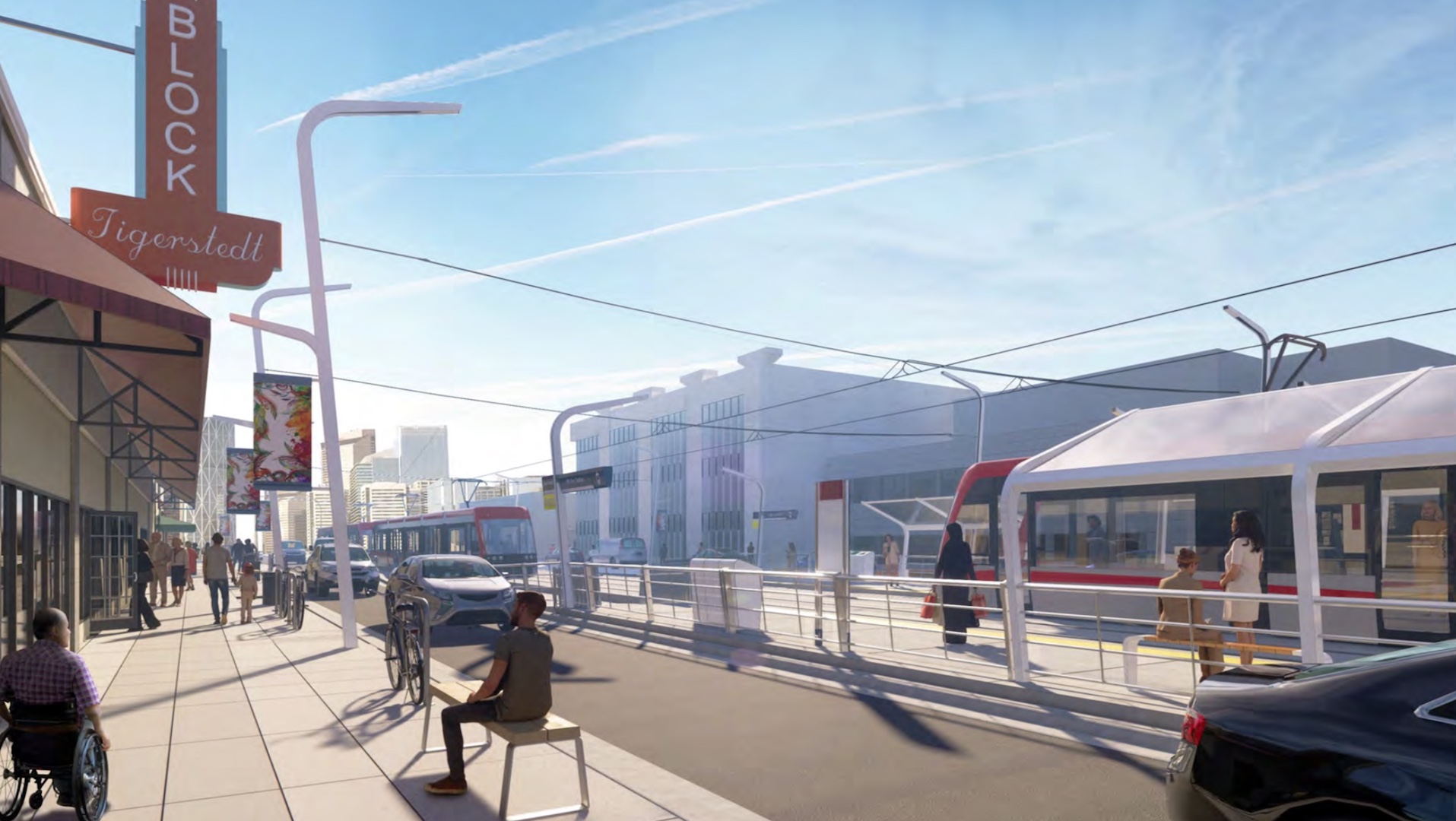 Huge potential for the Beltline and the City

As a community, we are excited about the Green Line’s huge potential to bring about meaningful change to the Beltline through connectivity and investment in our civic infrastructure. Visionary projects on the scale of the Green Line are a rare opportunity to make a significant difference to our City. The Green Line is a project that will benefit Calgarians for generations, and we have an opportunity to invest in our future prosperity by supporting growth, attracting investment (that will help to diversify our economy), and creating a more vibrant, sustainable and livable city that will benefit everyone, either directly or indirectly. With so much at stake, it is essential that we get the Green Line right. 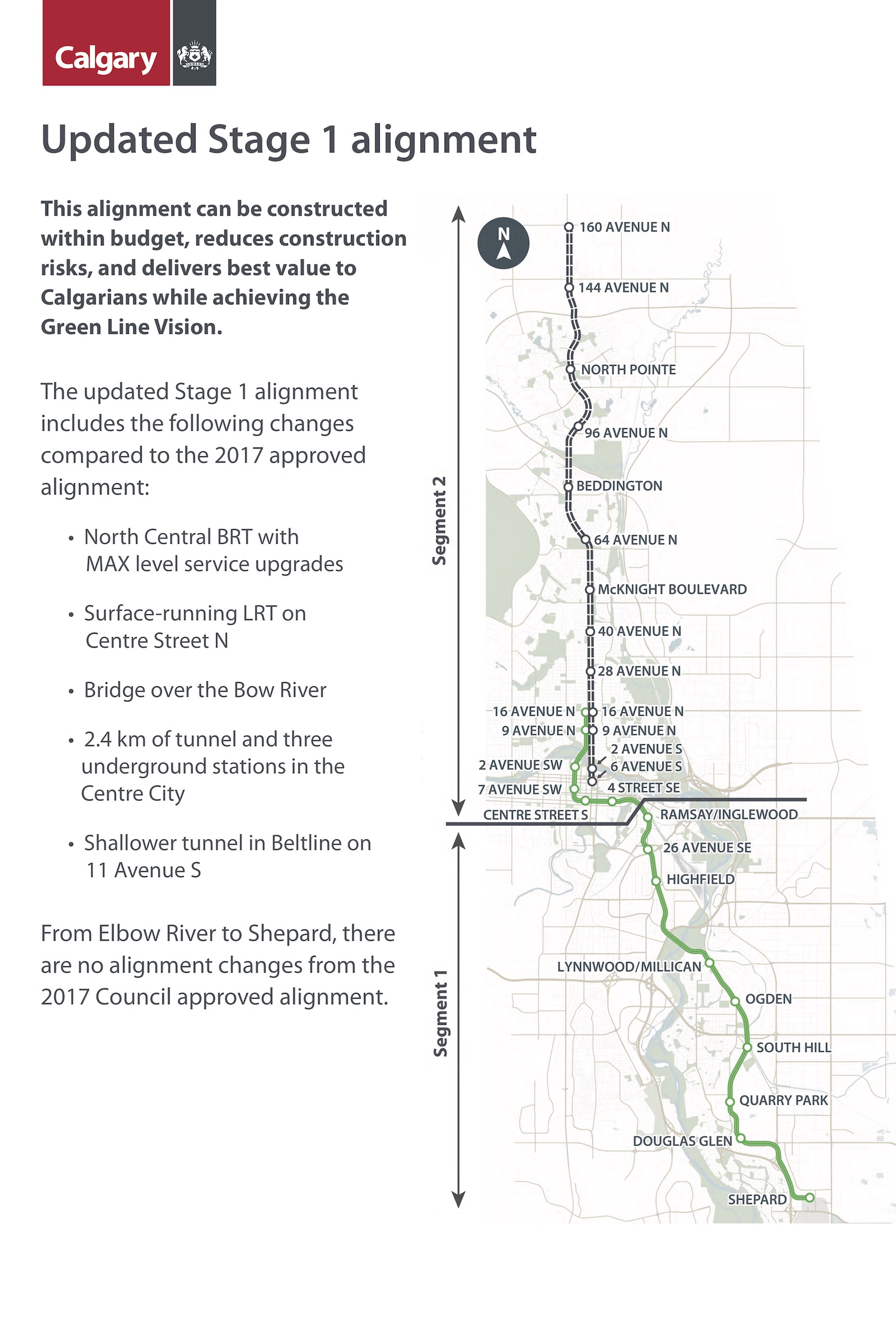 The Green Line alignment previously approved by City Council in June 2017 included a bored tunnel from 16 Avenue North to East Victoria Park along 12 Avenue South with an underground transition to 10 Avenue SE and portal to a surface station at 4 Street SE adjacent to the CPR right-of-way. Since summer 2019, we have participated in several conversations with the project team as they’ve reevaluated their previously-approved alignment to mitigate risk, leading up to their current recommendation, which we strongly support.

The portion of the alignment that passes through Centre City is of critical importance. Getting the Beltline and Downtown sections right is fundamental to ensuring the success of the entire system. Future extensions to the north and southeast will depend on the reliability of the core segment to bring about maximum value to Calgarians. Cutting corners on the Centre City segment risks reducing system reliability and introducing inefficiencies that will negatively impact ridership and increase the costs associated with future segments. 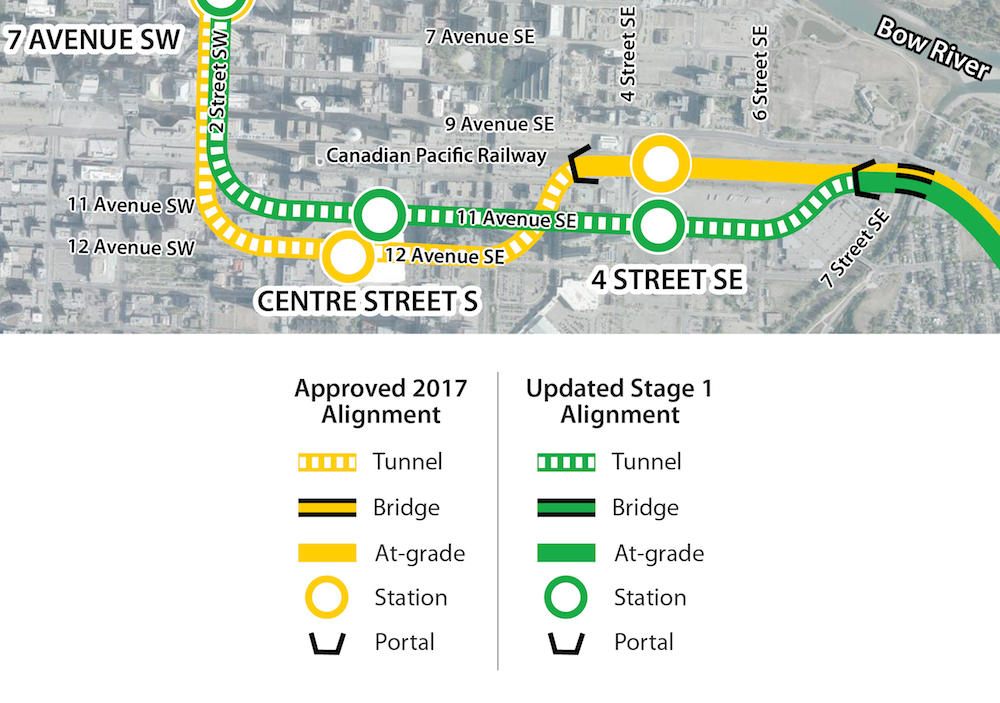 The Green Line Team has brought forward a prudent and realistic solution to the Centre City segment. This recommendation mitigates risks, and critically, maintains the original project vision. The revised alignment for Stage 1 addresses many of the fundamental concerns we have heard from members of our community. We also believe it maximizes ridership for this stage of the project while providing a springboard for expansion as soon as funds become available. Our specific comments on the recommended alignment are as follows:

The updated Green Line alignment will run fully underground through the Beltline allowing for good accessibility within the community without interfering with the existing street network. 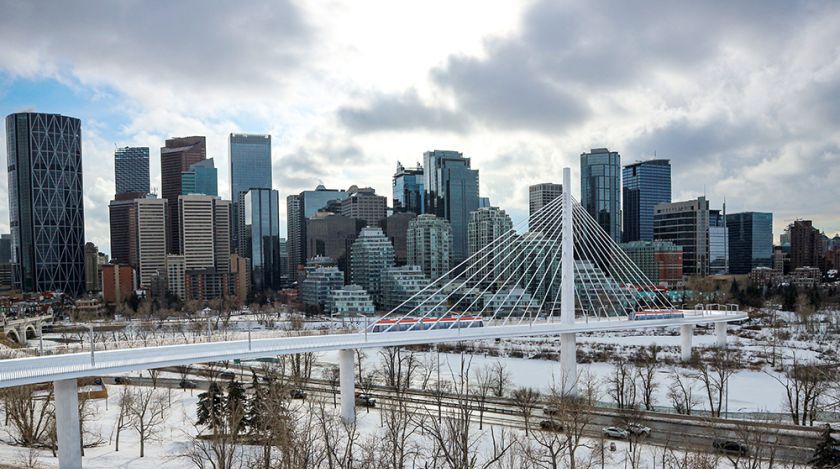 We are encouraging the City to set a high bar for its execution of the new Bow River bridge so that it may become an iconic and beloved landmark for Calgary.

Benefits to the Beltline

The Beltline is an integral part of the lives of most Calgarians, currently home to 25,000 people and the second highest concentration of offices in the city – all of whom contribute significantly to the City’s property tax revenues (this number and demand continues to increase as evidenced by census data, current construction, and active development permits). We think it is essential that the Green Line development be considered thoughtfully everywhere in the city and would argue that how it travels through and engages with the Beltline will be key to its success or failure.

The Green Line will provide significant direct benefits to our community. The recommended alignment is good for business, good for residents and good for investment in our public realm. We are the densest and least car-dependant community in the City, and effective transit connections are a vital part of how we get around. With two new stations, we also see significant opportunities to revitalize active nodes by enabling new centres of intensity and vibrancy, and creating new intermodal mobility hubs.

The Green Line will also provide better access and proximity to the Stampede, new arena/event centre, BMO Centre and East Village; more convenient passenger transfers to the new Red Line Stampede Station and stronger integration between Beltline residents and businesses (without disruption to existing transportation modes on 12 Avenue SW and the Macleod Trails). The recommended alignment will support the City’s modal shift priorities; getting more people out of their cars. Greater transit usage will lead to less traffic in Victoria Park on event days, and will reduce the demand for surface parking, freeing up high-value developable land to more appropriate uses.

The Timing is Critical

We understand that a small number of vocal Calgarians have been pushing for a delay to the Green Line project due to economic concerns. In our view, a delay would have devastating consequences for the project, and would potentially mean the loss of funding from other levels of government. Calls for delays seem to be rooted in concerns about the price of oil and the current COVID-19 pandemic. While both issues are serious, they represent a moment in time, and delaying the project now would be the product of short term thinking. Work has already begun on the creation of an entertainment district and the further development of Stampede Park. The Green Line will provide critical access to these developments. Now is not the time to delay. Over the course of the next five years, the following significant projects will be coming to fruition: 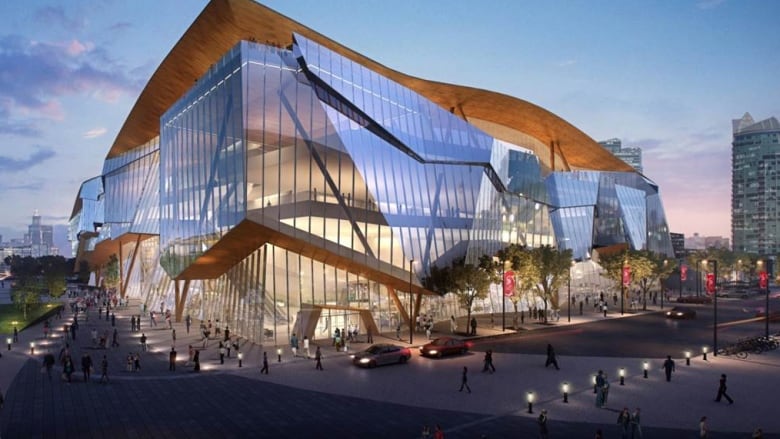 Artist's rendering of the future expanded BMO centre to be completed by 2024.

The Green Line goes hand-in-hand with these projects and it is integral to their success, with better transit being essential to accommodate the resulting increase in intensity and movement.

A popular buzzword used by a group looking to City Council to reject the project team’s recommendation is ‘de-risking.’ We agree that the project needs to bring maximum value to Calgarians, and the risk of budget overruns must be mitigated. However we also believe that the Green Line Team has done a commendable job of helping to achieve this goal with their current recommendation. By abandoning the bored tunnel approach and making other changes, the project has already been significantly ‘de-risked’. In our view, the recommended alignment is prudent and does a good job of balancing risk, the need for realistic solutions, and incorporating stakeholder inputs. Most of the alternative approaches that have been put forward have already been thoroughly evaluated and rejected for very practical reasons. It’s now time to move forward.

Another proposal that has been put forward to ‘de-risk’ the project involves reducing the project scope by cancelling or deferring the portion of the line extending north of downtown (or north of the Beltline in some scenarios). Our understanding is that a deferral would significantly harm the viability of future extensions up Centre Street – already Calgary’s busiest transit corridor – and would reduce the projected ridership to levels that would undermine the project’s value (diminishing the return on taxpayer investment). It is critical that the Green Line achieve its mandate to provide maximum value to the taxpayers who will rely on it for years to come. 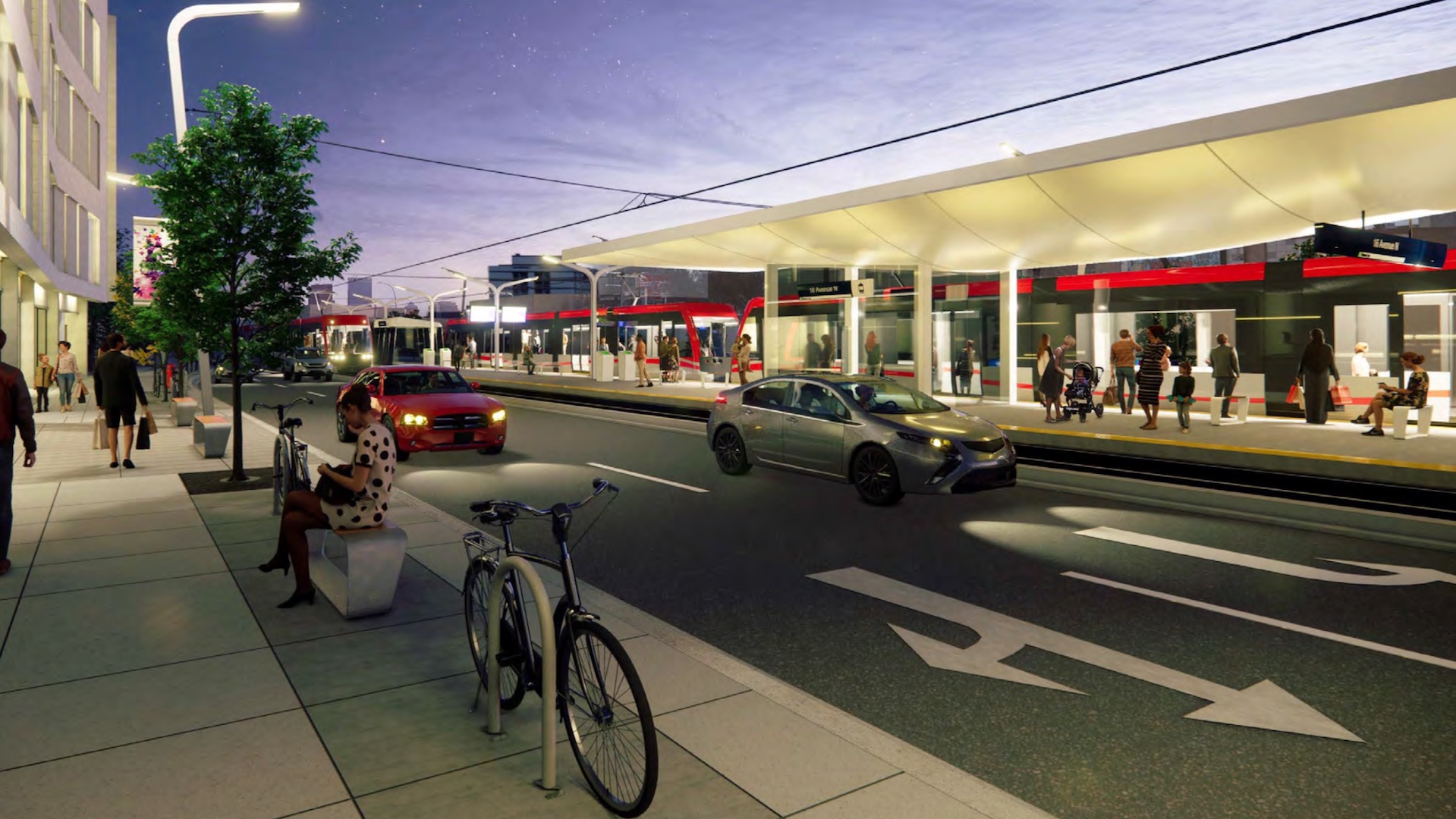 The BNA is deeply concerned about the rhetoric being used by ad hoc citizen committees who have invested considerable time and resources to discredit the comprehensive work that the Green Line team, and their experienced (largely Alberta-based) consultants have done. Using what appears to be incomplete information, flawed assumptions and alternate proposals that lack rigour, expert input and context, these groups purport to represent the best interests of taxpayers and our community at large. They do not.

In our view, these committees do not speak for most Calgarians, and critically, they fail to adequately represent those citizens and businesses who would be the greatest benefactors of the project. The Green Line is a vital and smart infrastructure investment for Calgary, especially in the current economic environment. To suggest that we cripple the project because of today’s price of oil, or because of COVID-19 (a serious, but ultimately temporal event) represents the kind of short-term thinking that will ultimately lead to missed opportunities, and reflection on how we could have done better. These groups present a troublingly cynical view of our future, and undermine the value of investing in long-term prosperity. A delay in key investments today could very well create further economic hardship (in terms of both unrealized increases in property value and lost economic stimulus opportunities), negatively impacting all Calgarians, including those who currently oppose the project. 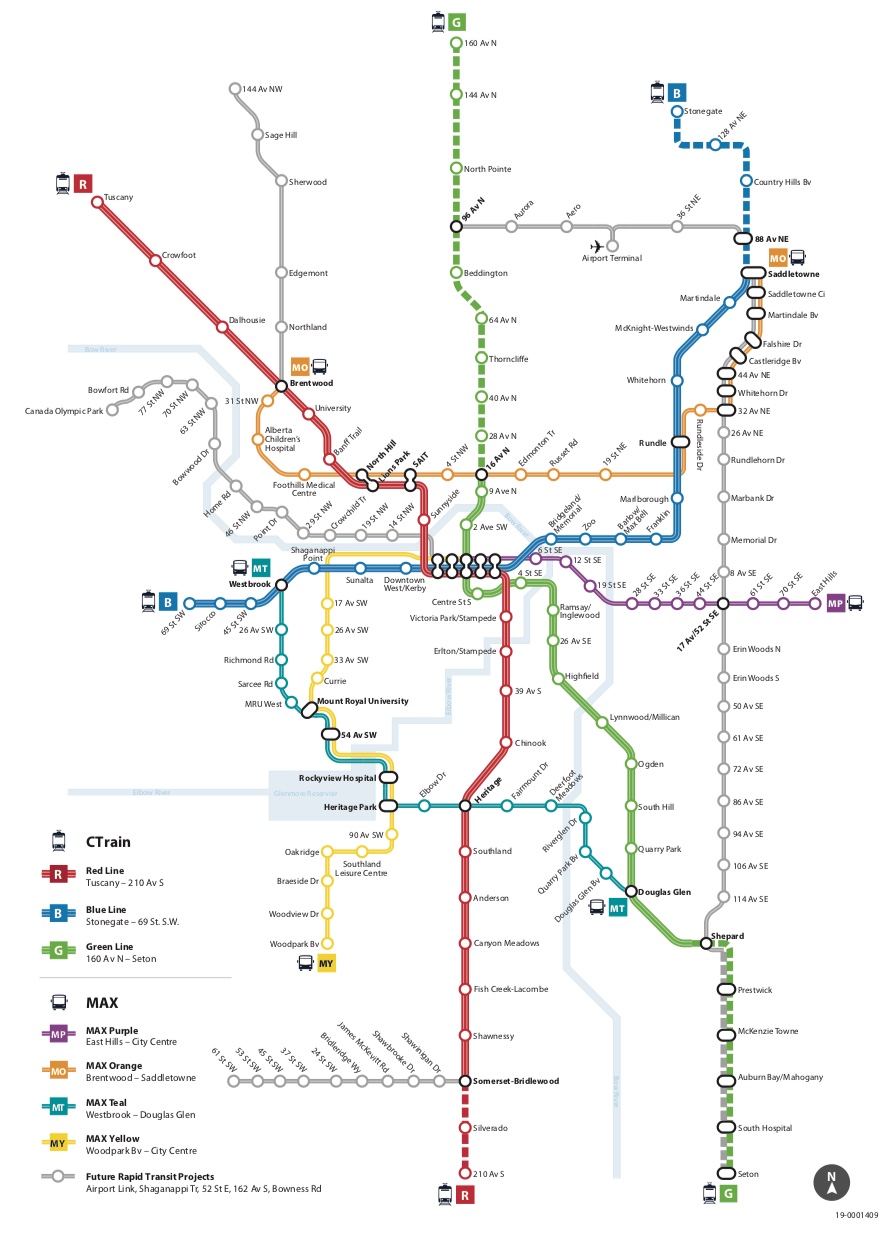 It's time to build for the future

We urge City Council to consider how this project will ultimately shape Calgary as a place that can attract meaningful investment, support growth, and drive greater economic diversity. To realize that vision, we need to adopt a long view; we need to get the Green Line right.

In light of the exciting new developments in East Victoria Park (such as the Event Centre, BMO Centre Expansion, Victoria Park Station) and the challenges encountered with the 2017 bored-tunnel underground alignment, we strongly urge the Green Line LRT Project Committee and City Council to accept the project team’s recommendation. This project, as proposed today, will weave together new city-shaping investments and deliver positive, wide-reaching economic and mobility benefits to the City for decades to come.

Calgary needs this investment now more than ever.

Help us make sure City Council hears our message!

Members of the public can sign up to speak at the meeting until June 1st: 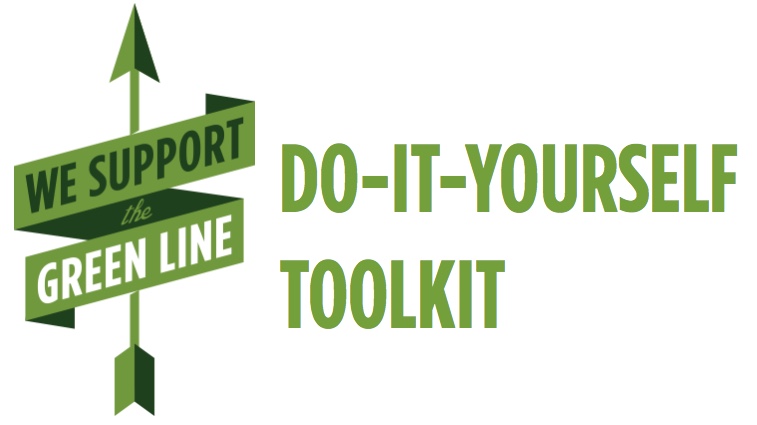 3) Spread the word to your friends and family

Help us get the word out by sharing this with your friends, family and neighbours.